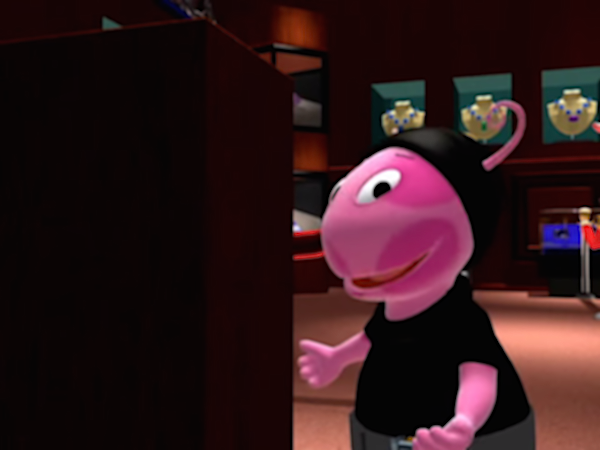 So I am on my way up I-95 from Richmond for a meeting. It is 90 miles and should take about 90 minutes but I budget an extra half hour for parking and the inevitable traffic. Washington DC ALWAYS has I digress.
The trip, when the phone was not ringing, was borderline relaxing as a trip up I-95 can be. Of course there was the occasional idiot going 30 miles per hour over the speed limit immediately followed by the pickup in the left lane with blinker on going 10 miles under the speed know….normal 95 North.
And then it happened. Just north of Fredericksburg, the inevitable red glow of brake lights as far as the eye can see. Traffic stops dead.
I am not sure if I ever got above 7 m.p.h. for the next 20 minutes or creeping along with all of my newfound highway hoping this was not a “shut down the interstate” type of wreck.
Then we started moving again.
No wreck. No road work. No smoldering flares indicating there was a stranded vehicle. No trash can in the highway that fell off a truck…nothing. We had just stopped for no discernable reason. We just stopped.
As I was accelerating back up to speed, it hit me. The real estate market of 2010 is like driving to DC on a weekday. Sometimes you go fast and sometimes you stand still. There is no rhyme or reason as to why and there is no guarantee as to how long either one will last. And most the most frustrating thing is the reasons are never clear, either.
Beginning in late 2005 through the early parts of 2008, it did not matter what you did. You were going to be busy from January 10 through December 1 with maybe a little break in July while everyone went to the beach for a week. Basically, every marketing plan worked and all of your advice was correct. Life was hectic but the money was good.
In the second half of 2008, we stopped. The phone did not ring. The clients quit showing up. The rate we received offers went to nil. For the next 12-to-18 months, it was this way. The Martin Agency with Bill Gates’ marketing budget could not have crafted a plan to sell a house or condo, much less a Realtor on a shoestring budget.
As an industry, we went from mashing the accelerator to the standing on the brake (including parking brake) almost overnight sometime Paperwork For Selling A House By Owner in mid 2008. For two entire years we used the gas and then for another year plus we used the brakes. It is different now.
2010 is about starting and stopping. It can be literally day-by-day, week-by-week or month-by-month. Late 2009 was this way as well. The main reason is a “depth-of-market” reason.
Buyers are coming back slowly and with hesitation. Sometimes, more by fate than purpose, several similar buyers show up at the same time, giving the illusion that we are starting another run. They buy something, free up a couple of people to buy something more expensive or larger and it feeds up the chain. It feels like we are getting busy, but in actuality, we are still on the leading edge of the next slow bull market.
It will be this way for some time. We need to get employment back to early 2000 levels, pay off some loan balances, clear out some foreclosures and get the market producing its own buyers naturally without 5% mortgage rates and $8,000 credits. Frictional market forces will create enough buyers to get us by for a while but until the elective buyers return, we will feel like we are on I-95.
We are getting better, but there Real Estate American Tower are still roadblocks ahead.

Prepare Upfront for a Profitable and Wise Real Estate Investment

Making a real estate investment involves research, negotiations, lots of paperwork and, most importantly, money. Whether you are looking to buy a home or commercial building, take the time to plan and prepare for your […] […]

In every field of life, leaders of the respective field have much more information about their department than anyone else. They know many tactics to handle situation in different circumstances, either they are positive or […]

Miami Beach is a well known place because of its pristine beach and the powder-white sand and the exciting nightlife. One of the tourist attractions in the city is the oceanfront. But you have to […]