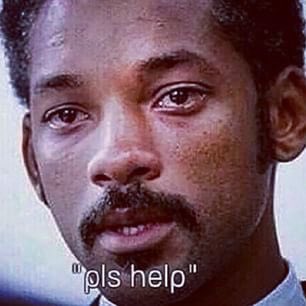 “What Should I Do Now?”….. Why That Question? With the deepening recession, and the national political shift from capitalism toward socialism, the “Investment and Ownership Model” for real estate has definitely changed, and may remain changed forever. What worked well in the past may not work so well in the future.

Real estate investor confusion will continue until a new effective real estate investment model is developed, and is then proven successful through application in a deep recession.

This presentation is divided into three parts:

Part One: Factors That Changed The Real Estate Investment Model

How the train wreck began

Were are we now

Part Three: What Should I Do Now?

A study of the Real Estate Investment Basics

How to start to form a viable real estate investment strategy

Period: 2004 through 2007 – The Real How To Include Furniture In Sale Of Home Estate Boom and What Led to It.

1. Stock Market Lost Investor Reliability. The stock market took a dive, and continued to perform poorly. Many investors relied heavily upon stocks as the backbone of their retirement portfolio. Many stock-based retirement portfolios lost about 40% of their value during this period of time. This came as a real cold shower to a number of folks who were on the verge of a comfortable retirement.

2. Bond Market Lost Appeal. The bond market had lost much of its appeal to the stock market. While uncertainty was driving many away from the stock market, the bonds had very little appeal as bond yields continued to drop with falling interest rates on government securities.

3. Real Estate Market: “The Only Game in Town”. The real estate market became the “darling of the investment smorgasbord”. If investors have three tables from which to dine, real estate became the only attractive table which appeared safe to dine.

The walking-wounded stock investors flocked to the real estate market. They bought the duplex on the corner and the house next door. Buying pressure helped cause prices to soar.

The real estate investor’s mantra was clearly either:

Buy, buy, buy! Then, sell and do a tax deferred exchange into a bigger and better property; or,

Buy, fix it up, then flip it to those with less “fixer ability”. Then, repeat the process as quickly as possible. There was profit in nearly every move. If you erred, just hold on, the market will make you well again.

For either strategy, clearly “Borrow as if there’s no tomorrow”. Rates are low and yields are high. It’s an investor’s dream come true. The only mistake to be made was not getting into the game.

4. Mortgage Loans Were Plentiful. The availability of long term money in the capital market remained high and rates were low.

The Mortgage Lender’s Process: Make a batch of loans as quickly as possible, and then sell them quickly for cash into the secondary mortgage market.

The secondary market had a strong appetite for CMBS offerings.

The secondary market (mainly Fannie Mae) would then slice the CMBS into pieces of the offering. They would then sell each slice or tranch with a priority in accordance with which slice would be paid off first in the event of a foreclosure. Some tranches were the most risky and would be sold to generate the highest yield for the investor. Those tranches of lesser risk sold for lower yields, and so on until the entire offering was fully sold out.

The players in the secondary market became rich with profits. Like Robert Zeckendorf had discovered in the 1950’s, a property could be sold in pieces with the cumulative value of the pieces exceeding the value of the whole. Sell pieces, and make abnormally high profits. Like Zeckendorf, they would discover the cost of failure, if any piece of the offering failed.

What a system was created!!!… Lend and never run out of money!

That is exactly what happened as mortgage market lenders raced to develop new mortgage loan programs. Their lending strategy was:

Develop a new mortgage loan that was a bit more attractive than your competitors are offering.

Make it easier and quicker to get a Checklist For Closing On A House mortgage loan than your competitor.

The Lender’s Mantra: “Pick me, pick me!”

The lender was paid a loan fee, and a loan processing fee. The lender would often receive a “back-side” rebate as the loan was sold into the secondary market.

A loan servicer has the task of collecting the monthly payment and allocating it between property taxes and insurance, and then allocating the remainder to interest, and then to principal to amortize the loan.

For servicing the loan, they collected a “loan servicing fee” that was often as much as AÃ¯Â¿Â½% of the loan.

It was like the nurse that married the undertaker: they got paid coming and going.

The “Credit Score” Became King. The lender came to rely heavily upon the Fair Isaac credit scoring model. The credit scoring system became the primary criteria in qualifying for a mortgage loan.

What Is It? Your credit score is a three digit expression of how you had handled credit in the past.

What Was the Premise? If you had performed well with credit in the past, so might you perform in the future.

You may recall TV commercials that boasted that they would lend 125% of the value of your property. Had the world gone mad? What safety could exist for the lender if there was no collateral behind at least 25% of the loan being made?

6. Real Estate Values Appreciated at a High Rate. Easy borrowing and a huge demand for investment real estate caused the illusion that you really couldn’t pay too much for real estate.

If you over-paid, just wait. The market will catch up with you soon, and all will be well again.

Recent market evidence proves that the most over-heated markets that spiraled upward at the most rapid rates have tumbled at even faster rates.

Examples: Bend – Redmond in Oregon, Las Vegas, Phoenix, and parts of California are primary examples of “fast up and fast down” markets.

When it comes to marketing commercial real estate office space for sale or lease, it is important to understand the end target market that you are trying to reach. A few key decisions about the […]

In Chicago home prices are down, home sales are up but foreclosures continue to flood onto the market even as the inventory of unsold homes is clearing. What does this housing market trend and the […]

The Challenge of Today’s Economy: You are an entrepreneur, a business man or woman who has managed to survive the tsunami of the current economy. You are now ready to take your business to the […]