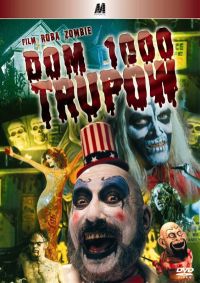 Under the historic canopied boulevards of Myers Park the birds tweet and the joggers jog. This is where the elite of Charlotte NC planted their roots many years ago, and those on the move live (or pine to live) today. The homes you find here, are set in a nest of harmony between uptown and the outward sprawl. Pleasing, accessible, yet exclusive, you get to be enveloped by the best of the old and the best of the new.
For the most part, the old money has helped usher in the new. Casual ease of upscale style brings with it the calm feel of this neighborhood. The estate sized lots have signature homes set back in the distance from their shady boulevards.
Homes that were not quite up to snuff, have been replaced with new homes that are designed to blend in with their neighbors. Many eloquent homes grace us with their architectural beauty enhanced by the natural beauty that surrounds them. As you might expect, some of these original Myers Park homes have been registered as local, state and/or national historic properties.
Speaking to some of its original owners, now in their 80’s, you would be surprised to know that Myers Park was once considered to be WAY out in the country. Today, it is the closest of the finest neighborhoods in Charlotte. Populated by Doctors, Lawyers and then those, the few left that remember it as one of the first “suburbs” of Charlotte. Dirt roads and all!
The magnificent towering Oak trees set the stage for this neighborhood. Back in the days of the old dirt roads, these Oak saplings were drug in by mule with men guiding the way Real Estate Agent Business Development on foot. Those same trees are some of Charlotte’s most treasured assets. They are stately, they are gorgeous. During the occasional ice storm, they are on are ‘worry’ list.
Well, if you are fortunate enough to be pursuing Charlotte NC real estate in the Myers Park district, what type of amenities will you How To Sell A House With A Realtor have have? For the most part,  you have Freedom Park. This is a magnet for those urban enthusiasts who long for the outdoors.
Freedom Park is Charlotte’s largest and prettiest parks (our mini Central Park). It has a central lake wrapped by a sidewalk, natural rolling terrain (with one large hill in particular-great for lawn seats on a concert/movie night!) Go over the suspension bridge to hook up with the Nature Museum or Little Sugar Creek Greenway (part of our overall park system). The Greenway will take you along, and over the creek, winding you in and about Charlotte’s real wildlife (not the human kind!). Freedom Park also has some basics: a playground,  soccer and baseball fields;  volleyball, tennis and  basketball courts; and the old train, humbly parked for kids to crawl all over! Planned events and festivals are sprinkled throughout the year. But, it’s a good bet for any day of the week, and within strolling distance for those that live in the homes of Charlotte’s exclusive Myers Park district.
Besides jogging along Freedom Park’s trails there is East Boulevard on it’s edge with shops, dining, and cultural delights. Any more goodies?  A College…Queens University.  It’s a Liberal Arts college with professional studies. The University is in the heart of the historical district. It was founded in 1857 as a liberal arts college for women. Looking back, this would suggest that Charlotte has always been a very forward thinking city.  Thankfully, it still is today.

READ  How Will You Know If Your Realtor Is Any Good?

How Is the Real Estate Market Recovering?

The real estate market has suffered a downfall amidst its success in the past years, thus the housing depression that cost trillions of dollars in the past two years alone. We have yet to see […]

Strategies You Can Use In Real Estate Investment