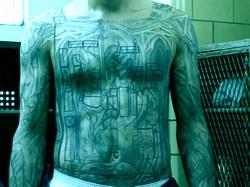 Since Goldman Sachs coined the BRIC acronym, Brazil, Russia, India and China have come to the forefront of the world stage. Not only are their economies growing, but investment in these emerging markets is booming.
The four giants already have a bigger share of world trade than the US. Share values in the BRICs more than doubled between 2005 and 2009 and their predicted GDP growth this year is the envy of most developed nations. Just ten years ago, only one BRIC had investment grading, a status now shared by all four.
Each BRIC has carved its world niche. China has become top exporter of goods, recently exceeding Germany’s export value to take the world number one position. Russia has large oil and gas deposits, while India excels in software. And Brazil dominates the agricultural commodity markets with what the Financial Times calls, “super-competitive farmers”.
When it comes to car manufacturing, all four BRICs share potential and there has been a huge recent increase in those investing in Brazil and China. This multi-million investment by the world’s top manufacturers has kept the automobile sector afloat during the last 18 months – one of the most difficult periods ever for car sales globally.
The market for cars in Brazil is booming. Sales of all vehicles in the country reached 3.14 million last year, an all-time record and an 11% increase on 2008. Topping the sales was Fiat with 737,000 vehicles followed by Volkswagen with 686,000 and GM with 595,000.
Like so many sectors in Brazil at the moment, the automobile market offers potential for huge growth. Brazil’s population numbers around 200 million, but the ratio of cars to people is one car per seven people. Compare this to the US where the ratio comes in at one car per 1.2 Americans and it’s easy to appreciate the potential.
Sales of cars are expected to rise even further this year with experts predicting that total sales will reach 5.7 million cars by 2020. This massive hike is fuelled by Property Agreement Template the growing purchasing power of Brazilians who are increasingly affluent and keen to buy consumer goods. For many Brazilians, cars are top of their must-have lists.
Unsurprisingly, investment in Brazil – the fifth largest market for car manufacturers in the world – runs to billions. Ford is investing R$4.6 billion (US$2.3 billion) between 2011 and 2015. Volkswagen is injecting R$6.2 billion of investment funds into Brazil from this year to 2014. Investment by Fiat is also high – R$1.8 billion will find its way into car manufacturing in Brazil and Argentina this year alone. French manufacturers, Peugeot and Renault, are also investing around R$1 billion each in Brazil.
While the car industry falters in many developed nations, car manufacturing in Brazil is a very different story. Ford in Brazil made profits during 23 consecutive quarters up to Q3 last year. Ford’s President in Brazil, Marcos de Oliveira claims these results are due to Brazil’s economic strength and stability. “The big difference is the stability Brazil has achieved over the last ten years,” he said.
The success of the car manufacturing industry in Brazil is yet another indication of the country’s huge potential. A booming economy, ever-richer population and massive Investing In Rental Property For Beginners resources all combine to make Brazil the BRIC of the moment. And the list of investment opportunities – property, commodities, alternative investments – seems endless.

How Long You Should Wait Before Buying an Investment

There are so many people who are thinking of investing in real estate, but they have so many questions in mind that prevent them from taking the very first step. One of the most frequently […] […]

Now that the housing market is seeing home property prices increasing on a rather consistent basis, it seems like the perfect opportunity for potential investors to look into the many different Miami investment properties that […]

You can buy a property by using the funds from the self directed IRA. The income from the real estate is usually tax deferred. History has in fact proven that real estate is an excellent […]